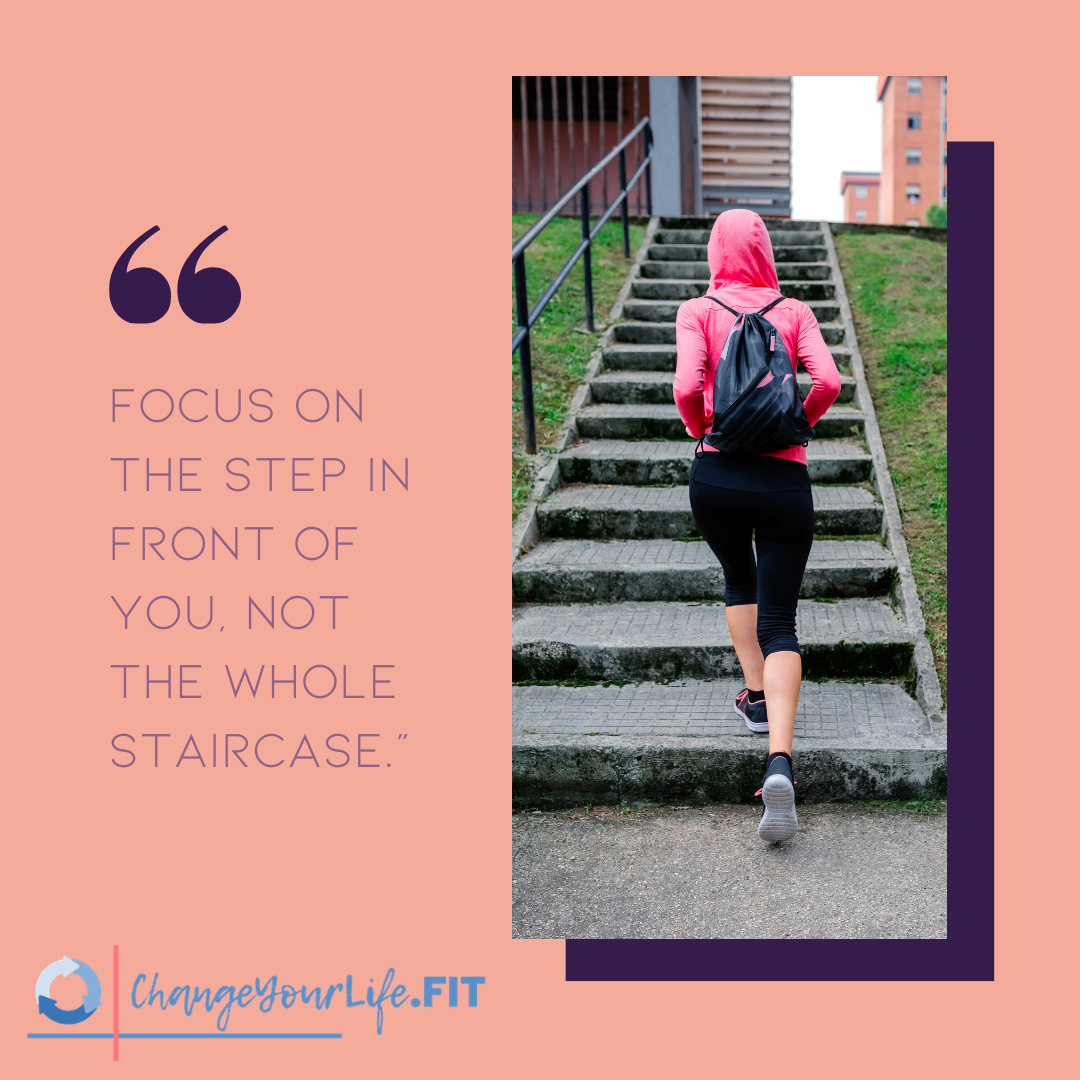 As a trainer and a mental health counselor, a lot of the questions/requests for advice I get have to do with building habits. People want a change in their lives – better health, more friends, freedom from things like depression/anxiety, the list goes on. What they are often surprised to learn is that these changes begin with taking small steps. To illustrate this point, I’ll point to a song from Frozen 2 – not just because my kids have watched the movie on repeat for MONTHS, but because the song itself is incredible.

Anna’s song “The Next Right Thing” has her dealing with something she feels she cannot overcome (I won’t spoil it for anyone who hasn’t seen it yet). In the song, she describes feeling overwhelmed by looking too far ahead and resolves to focus on taking one step, then another. Slowly, she makes it through. While Anna’s struggles primarily have to do with depression, the idea of setting small goals and working our way up is what helps us to build any new habit, any change in our lives. Even Psychology Today describes what is known as the “two minute rule” – breaking goals up into small enough chunks that they can be accomplished in two minutes

So what is your goal? Whatever it is, it can be broken into smaller chunks. Think of what all you have to do in order to reach that goal. For example, in order for a person to lose 50 pounds, they have to lose 5 pounds first. Then they can focus on what they need to accomplish to lose 5 pounds (making small changes to their diet, starting some form of exercise). Finally, they can begin making daily and weekly plans that incorporate those actions on a regular basis such as going for a walk 3 days a week.

Another important thing to remember about building new habits is the importance of starting small and adding to it as time passes. When I first got a gym membership, I was making it in 2-3 times a week. Two years later, I’m going in 5-6 times a week. See, if I had told myself I would go in that often at the beginning, I would have gotten overwhelmed and likely given up before I’d gotten started.

Making change isn’t about figuring out how to go up the entire flight of stairs all at once. It’s about pulling back, focusing on the steps, and taking those one at a time. With time and consistency, those individual steps will add up to big changes. Before you realize it, your view will look much different – just commit to taking one step, and then another.