Core Work: It’s NOT All About Crunches!

Core Work: It’s NOT All About Crunches! 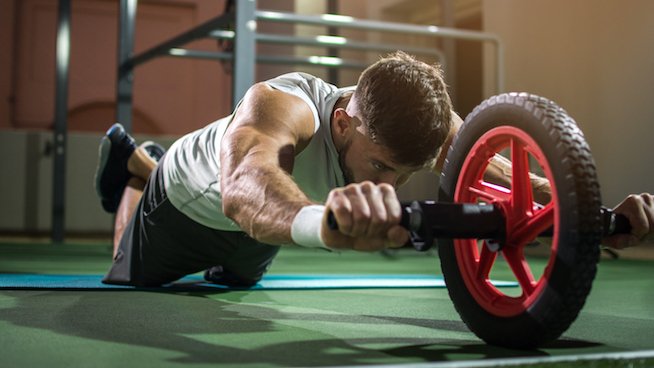 When someone says, “Build a stronger core,” what comes to mind?  Does that mean one has to do hundreds of crunches and sit-ups? And when someone shouts “Flex your abs,”  what exactly does that mean?  What specific movement are you doing to “flex your abs”?  Well, let’s break that down and discuss how best to work the core beyond just crunches, sit-ups and leg raises.

The core musculature is made up of all the muscles that surround, support, and engage movement at the torso.  However, the core musculature is also responsible for transferring force between the upper and lower body, as well as maintaining stability in movement.  As well, many low back problems come from the core muscles not maintaining tight control over rotation, flexion and extension between the pelvis and the spine.  So in order to build a functional and strong core, we have to resist movement before beginning to produce movement.

So how do we do that?  By combining exercises that work flexion, extension and rotation of the spine, along with exercises that build resistance against these movements.  This means for every exercise where you would cause flexion in your spine, you would follow it up with an exercise where you resist flexing the spine.  For easy reference, let’s call them “anti” core movements.

The core “anti” movements can be categorized in 3 categories: extension/anti-extension, lateral flexion/anti-flexion, and rotation/anti-rotation.  Completing exercises in all 3 helps build strength in the movement of the torso but also increases functional and stability strength in the midsection, allowing for the core to be stronger and pain and injuries dramatically reduced.

Lateral flexion merely involves flexing the spine to one side, such as with Oblique Crunches and Heel Taps.  Anti-flexion exercises to counter this work to keep the spine from bending to the side without control.  These are done in exercises like Suitcase Carry, Side Planks, and Single Arm Overhead Carry.

Finally, rotation is where the torso rotates and this is done in exercises like Cable Chops.  Anti-rotations help build up the strength to resist rotating through the spine and this is achieved in Pallof Press and the Bird-Dog.

The Serious Guide to Core and Abs Training

To summarize, the core should not only be thought of as a 6-pack and a V line on the sides.   If you want to have a strong and functional core, you need to work on all the muscles and have them resist movement as much if not more than they produce movement.

Be sure to check out some of the classes in the Virtual Gym that focus on Core work, like my Core and Cardio class or Jason’s Butts and Guts class, and see how we can help you build a strong midsection and boost your confidence and performance.

Please confirm you want to block this member.

You will no longer be able to:

Please note: This action will also remove this member from your connections and send a report to the site admin. Please allow a few minutes for this process to complete.

You have already reported this
Clear Clear All